Today’s post was supposed to be about Sofa Hell, but I suppose that will have to wait for another day.  What I really want to to talk about now is a subject briefly touched on by Tabular Rasa in his last post.

He mostly discussed the moving of objects found to create a more aesthetically pleasing image, something which I am fairly certain most urban explorers have no problem doing.  Certainly in the Methodist church things get moved on a pretty regular basis, new stuff is brought in, old stuff vanishes.  One day I showed up and there was a defunct piano in the main hall, a year and half later it is no where to be found.

The main meat of the discussion he mentioned was, “When, if ever, is it OK to take home mementos from these locations?”  Is it looting or is it liberating something as a keepsake?  How much should be preserved for future urban explorers?  What are the ethics of taking more than photos?

The phrase “Take only memories/photographs, leave only footprints” is an old one often used for urban exploring and by the National Park Service.  In the case of the NPS, they have a multitude of events they can point where natural monuments have been more or less ruined by people taking just one little piece home with them.  Take the petrified trees of Yellowstone for example.  When first found there were two upright trees and one fallen, now a stump of one standing tree remains, surrounded by a fence to ward off souvenir hunters.  The Petrified Forest in Arizona has a similar problem, while they have the benefit of a lot more trees certain specimens have been seriously degraded by visitors taking mementos.   NPS is there to preserve these places as best they can for the enjoyment and edification of future generations far along the line.

Then you have us, the urban explorers.  The people who go where they shouldn’t, do things that are reckless for fun and often take a lot of photos along the way.  Sometimes we find things utterly unexpected and we want to take them home has a memento of a place that is not going to be held for preservation, but a place that is slated for destruction.  Is it wrong for us to take these objects and deny future explorers the chance to see them before they are gone?

In the basement of a burned out church Tomato and I found a table of amazingly whole and unbroken tableware.  Normally in places like this any dishes left behind have already been smashed by bored or inebriated people.   We picked through the table and each of came away with a haul of stuff we wanted, this is my take.

Between the two if us we took less than a quarter of what was there.  Is this wrong of us?  Die hards in the school of “Take nothing” thought would say yes, but I disagree.

Look at the location, a burned out church with pretty much nothing to explore.  The roof has caved in due to the fire, the front of the building is falling down  and left on its own the building will be a heap of rubble in 20 years or so.

It is not a historical building, it has very little for an urban explore to explore and it isn’t a very interesting exploration.  I’m pretty sure most urban explorers just drive right past this one, after all less than one block away is the Palace Theater.

The Palace Theater, it is a popular stop for any urban explorer in Gary.  Up in the front entry way, behind the ticket taker’s booth is a heap of rubble, trim that once decorated the room.

From this heap I took a scrap with a couple of rosettes.  I know the Palace in on the list of places the city wants to demolish, I figured I had best grab a piece of history while I could. 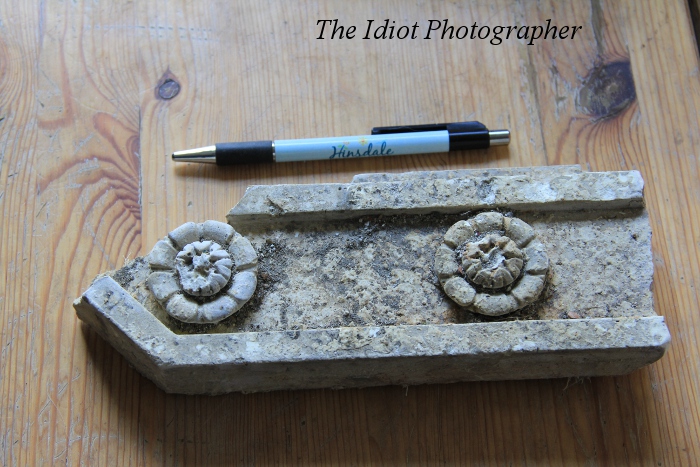 So was I wrong?  More yes in this case than the other, but again I feel no guilt because this place is only going to be around for another 10 years or so, 20 if we are lucky.  Future photographers aren’t going to miss this one piece, and even if everyone passing through took a piece of scrap there is a lot more to look at than one dark room that is notable only for the booth and the slowly collapsing doors into the foyer.  The Palace Theater has already been mostly stripped not by explorers, but by actual scrappers.  Were there any chance the Palace was going to be saved and preserved then perhaps the trim should stay, but it isn’t going to be.

Every time I bring home something from a trip I do consider the impact on future explorers.  I take into consideration how likely it the building is going to be demolished soon, how popular the location is both with explorers and the local downtrodden, as well as the question of much do I really need another random thing taking up space in my already small home.

These buildings are, by their very nature, in a constant state of flux.  Because something was or wasn’t there yesterday doesn’t mean it will be the same tomorrow.  Most of us want to preserve these places to whatever extent we can, but we are not the only ones who venture into such places.  Teens looking for a place to party, homeless seeking shelter, graffiti artists, vandals, and more; this is what we must contend with.  Because I respect a place doesn’t mean I won’t preserve a bit of it at home where no other photographer can see it.  This is not the National Park Service, we are not preserving and protecting the wilderness for 10 generations to come.  We are documenting the decay and decline, the forgotten places that will one day be destroyed with little warning, like the Dixie Square Mall.  It was one of those places they had talked about destroying for years and it never happened, until one day it did.

On that note, should I ever have the chance to snag one of these tiles from the Ambassador Apartments, you know I will. 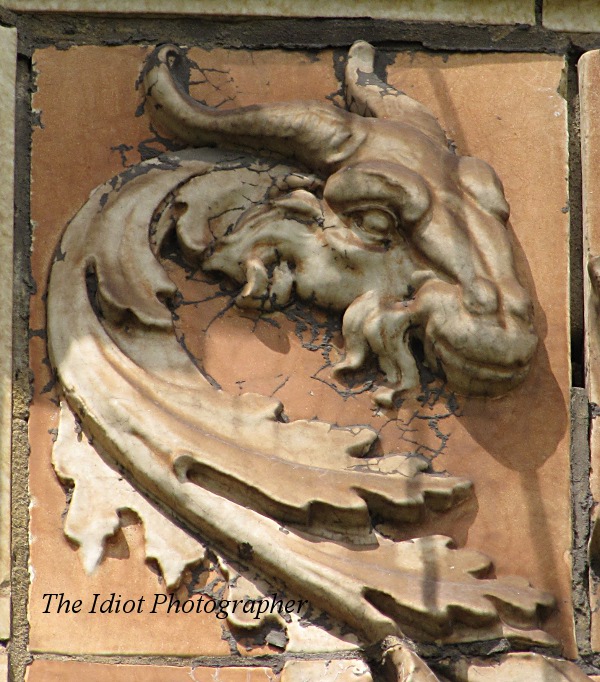 This entry was posted on March 23, 2013 by DustMote. It was filed under Idiot Photographer, Urban Exploring and was tagged with ethics, photo, photography, urban exploring.