Last two shots of LA, both taken from Griffith Observatory. 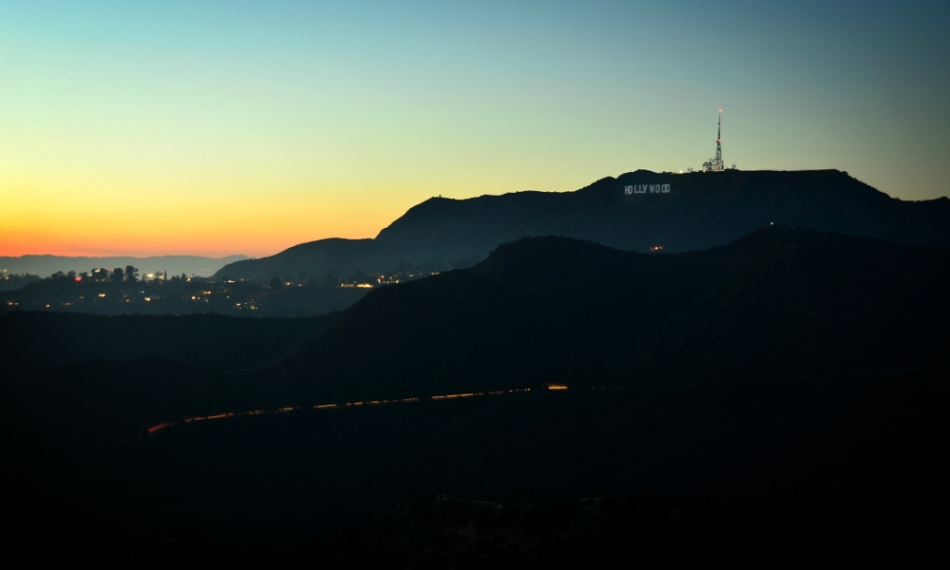 I would not have thought I’d see one of the coolest bookstores ever in Los Angeles. But The Last Bookstore downtown is just that. Besides having a great selection, they’ve taken to using old books as part of the decor, especially on the labyrinthine mezzanine level. 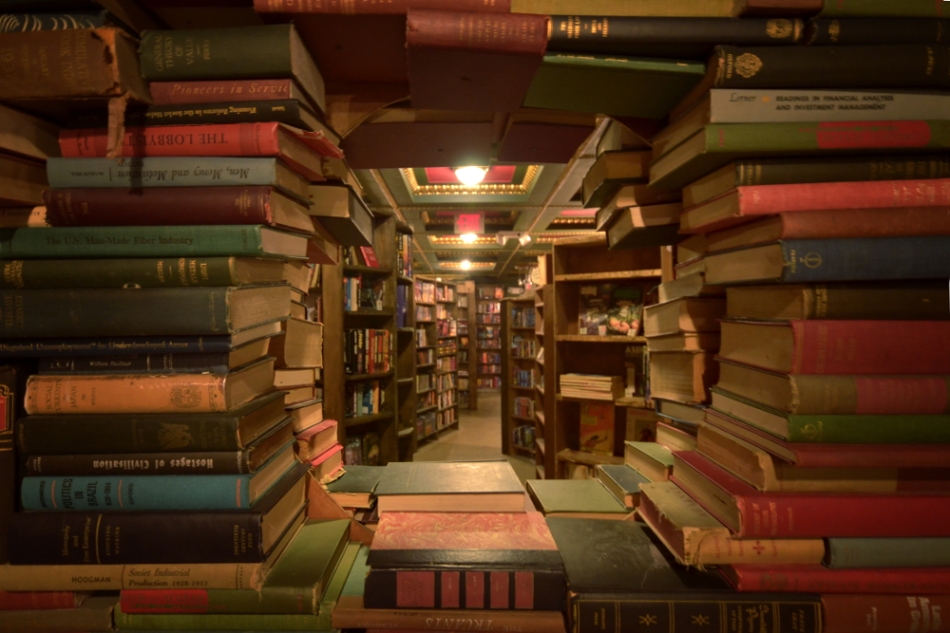 This plaza was to mark the center of Los Angeles at the time of its founding by the Spanish in the late eighteenth century. 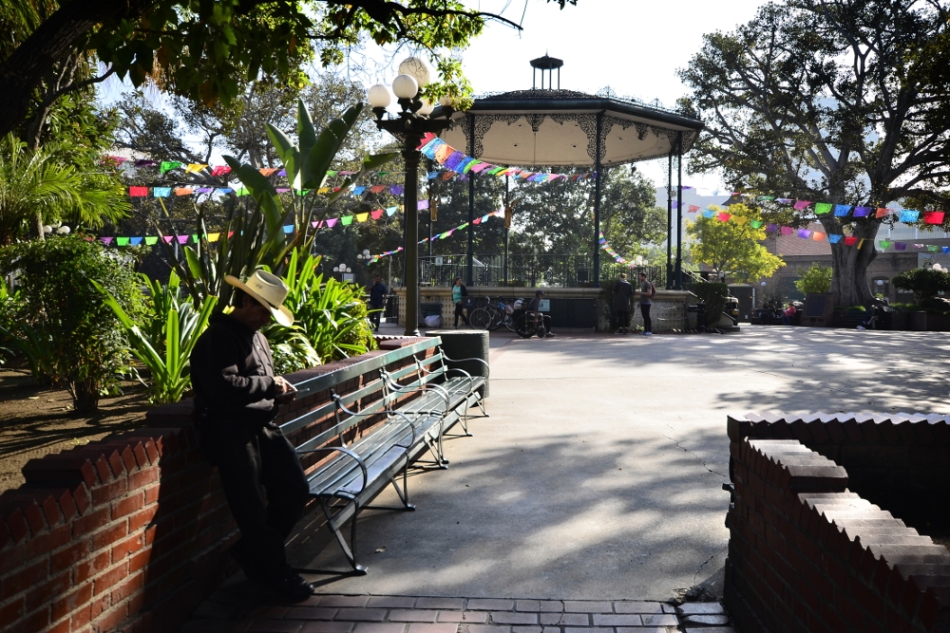 The guy walking in the above shot yelled at me about taking his picture, so I had to put him in.

A shot from downtown LA. In this photo I tried to channel a bit of the style of Meho, who is a photographer you should check out.