Sometimes we come across scenes which appear to be a clamorous fall taking place before our eyes, and yet are mute and still. The ice here only serves to heighten the sense that the entirety is merely frozen, and will crash when we leave the room.

From within a building in our old haunt of Gary, Indiana.

From a little school in Gary, Indiana. 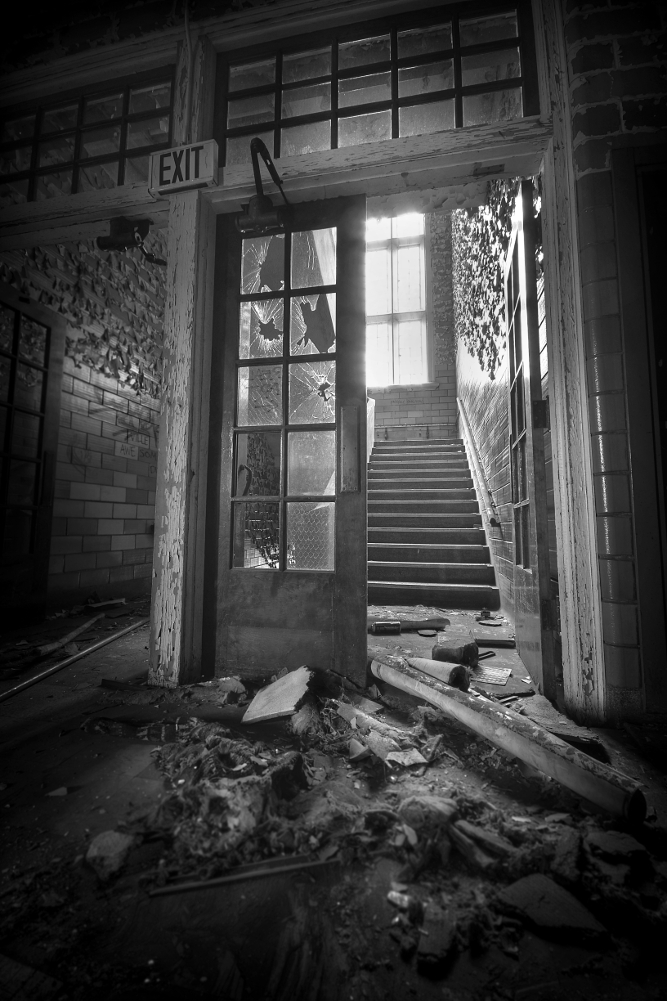 Oooh…what’s inside? What is it? Is it urban decay? Aw, man… it’s always urban decay. I was hoping for kittens. This is nice too, though. 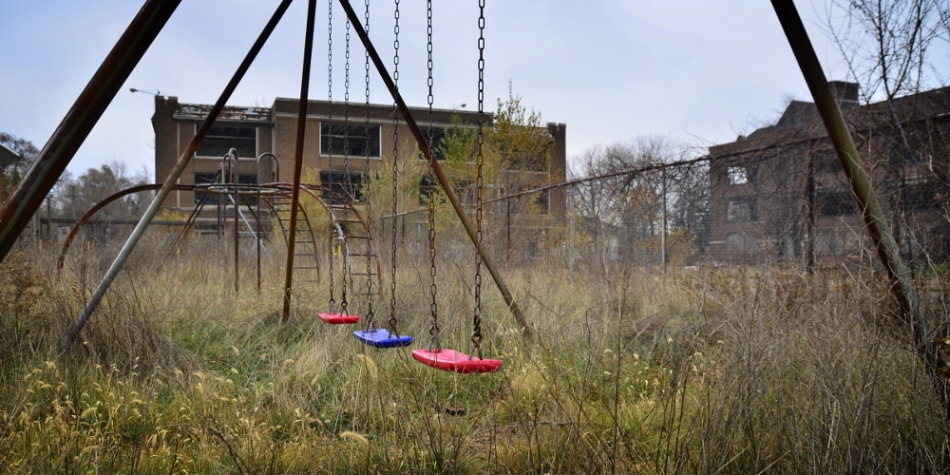 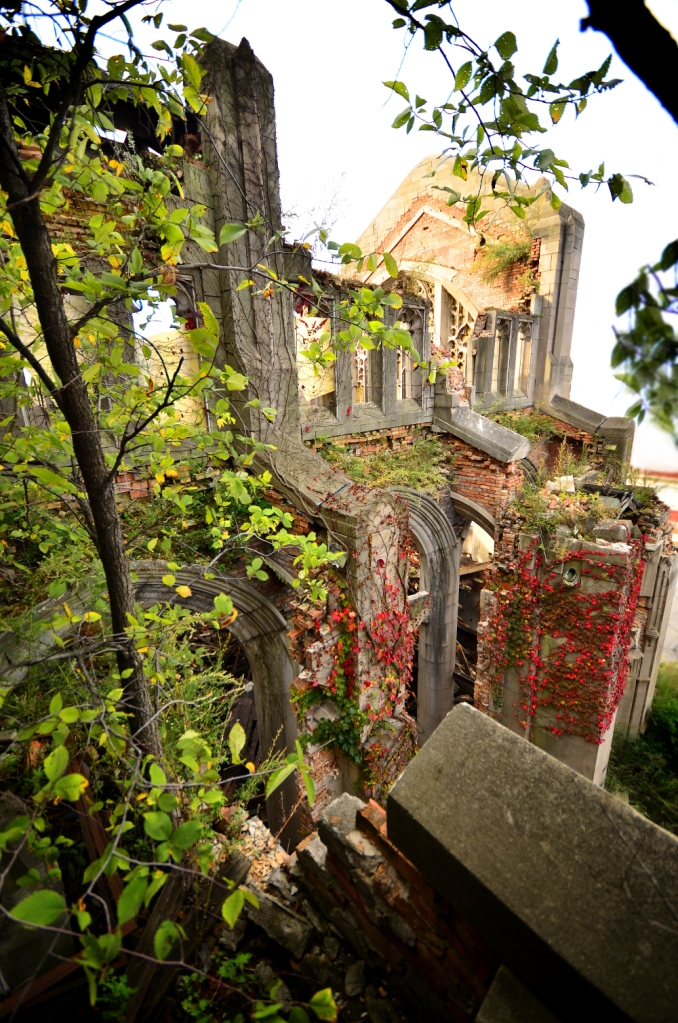 I’m coming to see the Methodist church in Gary, Indiana in a way not unlike a child might view its grandparent. Likely, your grandfather or -mother were already old when you first became aware of them. By the time you were in your teens or twenties, they were getting really old. And then you may have realized that they wouldn’t be around much longer. So it is with this church. We’ve been watching the decay progress for about six years now, but change is hard to see when it’s incremental. When a section of the roof fell in a few weeks ago, the change was stark.

The collapse does serve a purpose, vis-a-vis urbex: it is a memento mori of sorts, and a spur to to explore as much as one can, because it’s all coming down one way or another. And ours is not to question or get attached to ruins, but to document and create from them.

For some scenes from this church in recent years prior to the roof cave in, click here.

Currently my friends and I have our images hanging the gallery at our local library.  It is a modest first show but given how well trafficked and relevant our library is to our community a lot people are going to see it.  This Sunday is the Artist Reception and I figured that since most of you will not be able to come out and visit us we’d offer up our images here in a virtual gallery.

So step right in and welcome to “Trespass; Exploring Urban Decay”.

In the downtown of a once major city a long abandoned hotel looms over city hall, just two blocks away a massive church sits crumbling beneath a blanket of ivy and trees sprout from its rooftop. Places like these are our memento mori, reminders that in our world of newer, better and shinier everything will one day crumble and return to earth, even the mightiest works of our hands. In them I find not only a reminder of my mortality and the frailty of our creations, but a celebration of life and wonder where owls nest in long forgotten coal hoppers and rabbits make a home on the third floor of a long abandoned factory.
Exploring these places involves risks most people are not comfortable with, but in them there is a sense of completeness the world we choose to live in lacks. This is why I explore. 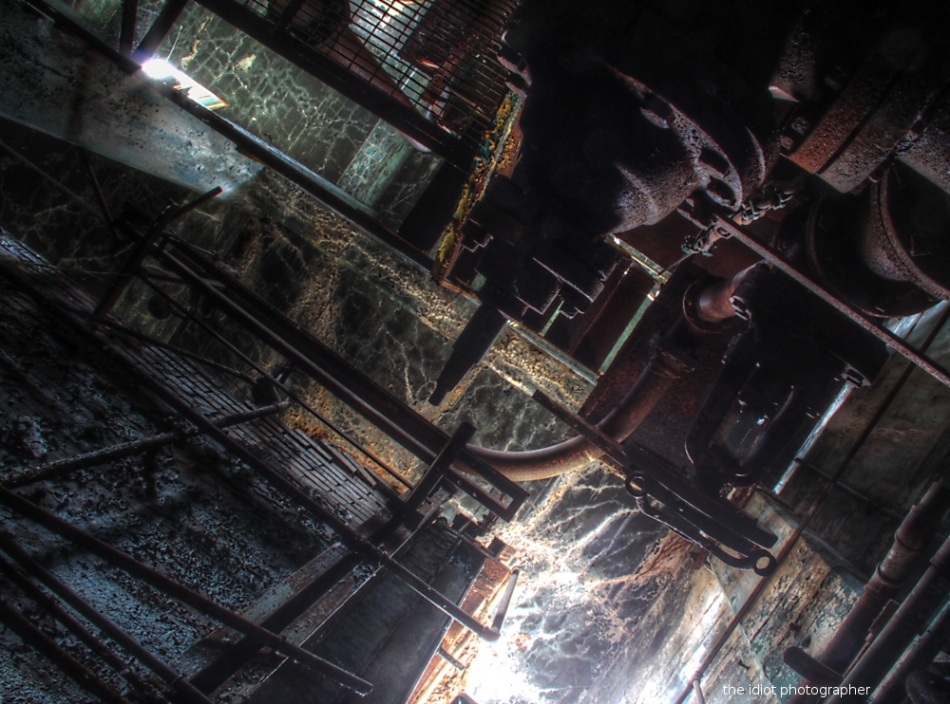 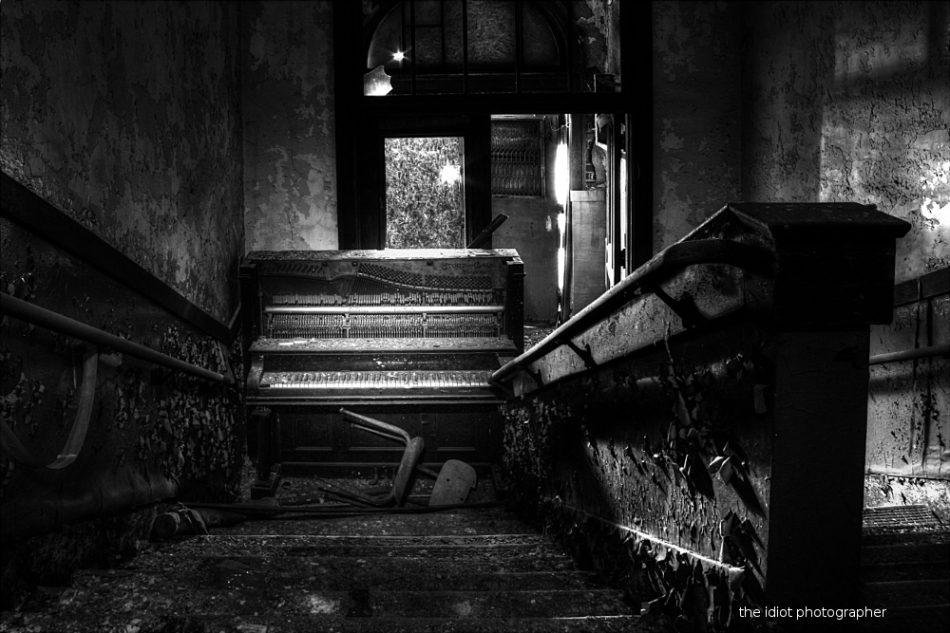 The rather esoteric title of this post is a reference to the Edward Gorey of the same name. The story (presented in a form similar to a graphic novel, with each paragraph illustrated with Gorey’s idiosyncratic drawings) details the process by which the protagonist, one Mr. Earbrass, writes a novel, the eponymous Unstrung Harp. While humorous, it presents the act of creation as neurotic, exhausting, self-alienating, and somewhat absurd. This particular story came to mind while I’ve been combing and recombing my recent pictures in order to find pictures that could make the cut for presentation here on The Idiot Photographer. Much like the fictional Mr. Earbrass, I’ve gone through exhilaration and zeal, periods of numbness, and have now reached a stage where most of the last month’s worth of photography seem alien to me. The thing in Harp, however, is that Earbrass is a successful author; he gets lost in the process of creation, but what emerges is apparently a good novel. I wish I could say the same for my own act of creation.

This, of course, is a result of not having been on a shoot in a while; I’m in need of fresh material to edit and agonize over. This will likely be my last post for the next ten days or so, as I leave for Buenos Aires Saturday. Hopefully I’ll return with several memory cards of decent material. Until then, here’s a shot of a tree attempting to escape a ruined apartment building.

For those interested in a neat write-up of The Unstrung Harp, I found this on WordPress.