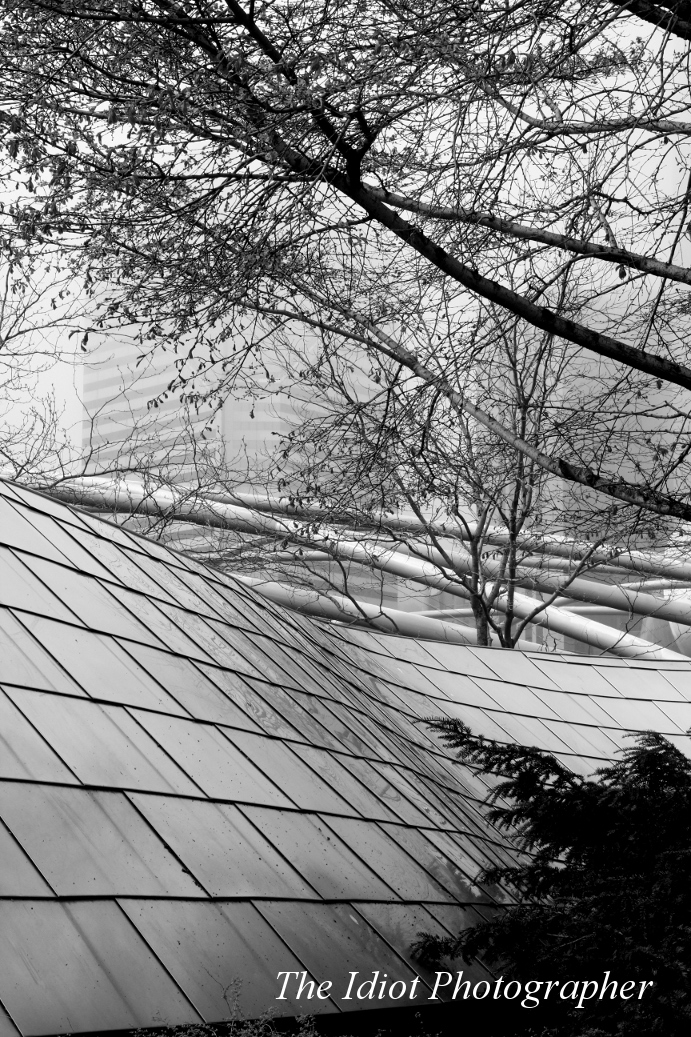 So while on a wander through Millennium Park the other day another awesome fog bank came rolling through.  I just happened to be on the foot bridge when it enveloped us.

Of course, I would have preferred  some sunlight on the bridge when I was shooting but you just take what you get.  There is usually tomorrow.

Like some giant serpent swimming through the park, over the street.

Of course, when you have something like this, it kind of screams “Play on me!”  most people follow the unspoken rules and don’t but every now and again you find someone who just goes for it.

They just wanted to see if they could run up the side of the bridge, first attempt failed but they were undeterred!  Like all good adventurers they went again, and failed.  Another attempt finally got them to the top.  But once you have conquered the mountain what is left?

Take a ride down the side!

It was so much fun their friends had to join.

As one passerby put it, “It looks like a lot of fun, until the cop writes a ticket for a 75 dollar fine.”

However all is well that ends well, and no officers of the law were present, the bridge was undamaged and everyone had a good laugh.  As it should be. 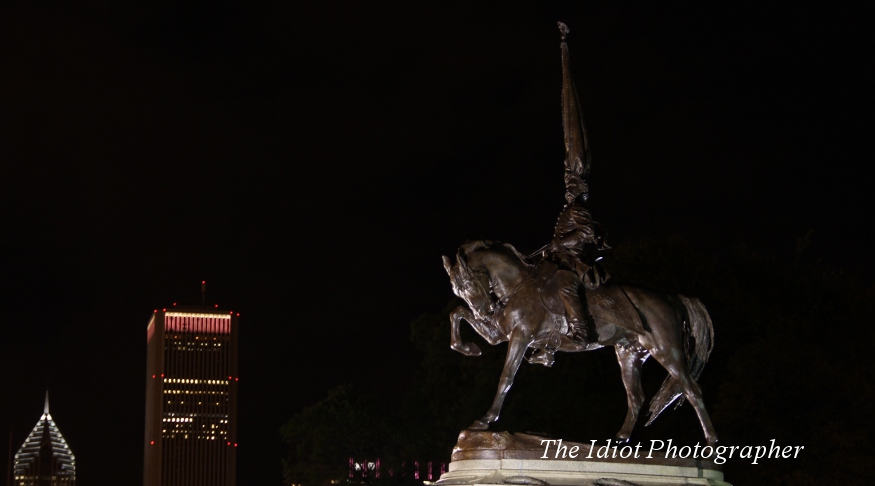 I honestly never knew this statue existed until the other night.  It is in Grant Park ( Millennium Park) just south of Congress, not 100 feet from Michigan Avenue, but as it sits on top its own little hill and has a screen of mature trees between it and the street so unless you’re just wandering in the park, you’ll never see it.