The Trappings of Power

I’ve got my beige rotary phone, radiant heat, and a Tandy computer. Bring it on, ’94!

In many places, all natural light was carefully sealed off. These windows had been painted black, then drywalled over.

It seems this series on Sears will be slow and fitful. There is so much to do lately, and precious little time left for editing and posting photos. In addition, Idiot Photographer and I are leaving for a week long jaunt around the midwestern Rust Belt in a couple of days, which will squeeze time even further. Hopefully, though, it will yield some good pictures to share.

In the meantime, here is the directory in a pneumatic message tube station. Because there was a time you couldn’t just dash off a thought via email, you had to take it to a guy who would put your paper-and-ink message into a can, which in turn was propelled by vacuums to various terminals around the office. Next time you get wistful for the imagined romance of olden times, please refer to this post, hipster. 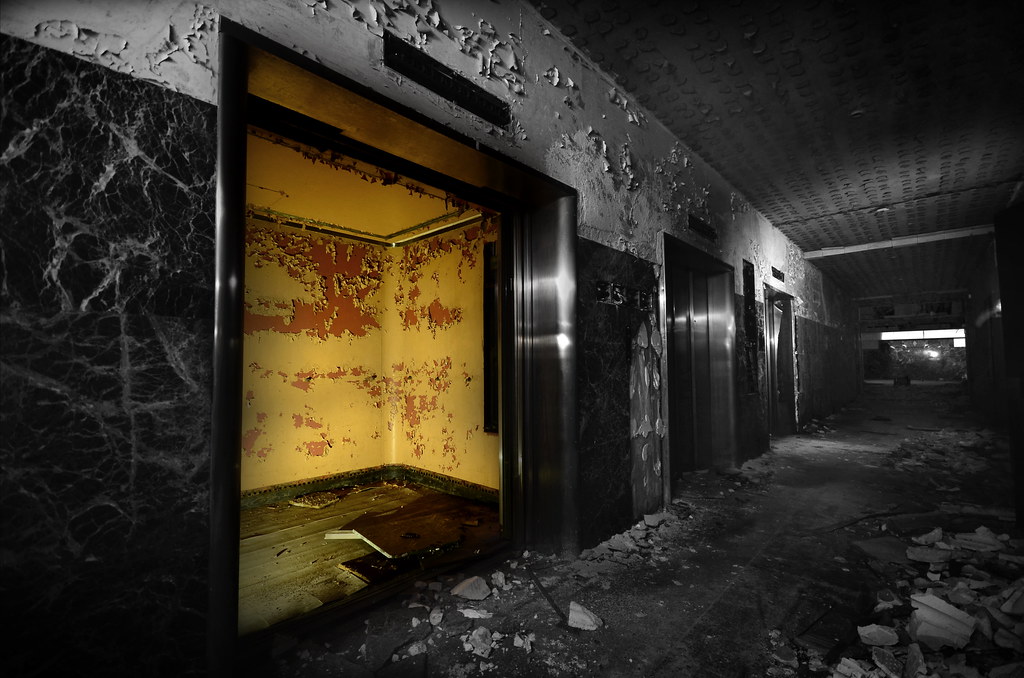 Regular readers may be loathe to remember the game of ‘Duelin’ Staircases’ the Idiot Photographer and I played last week, a game she won when I was forced to finally jump the shark. I figure it is time to turn to another calling card of ours: a preoccupation with decrepit hallways. This shot is looking down a corridor of what were once offices.

It seems I have limited time recently to edit photos. Are my responsibilities encroaching on my photography, or vice versa? While I figure it out, here’s a shot of trees encroaching into an office hallway (see what I did there?).