A distinctive feature of Istanbul is a particular style of townhouse, usually three stories tall with windows that look like drawers half-pulled from the dresser. If they have a name, I’ve not been able to find it; perhaps their ubiquity makes them anonymous. The buildings, by my guess, date to the nineteenth century and are of wooden construction. They are often being rehabbed now, so that it is not uncommon to see a freshly stuccoed and painted house next to one which seems on verge of collapse. I’d like to see if gentrification has caught up to some of these neighborhoods. 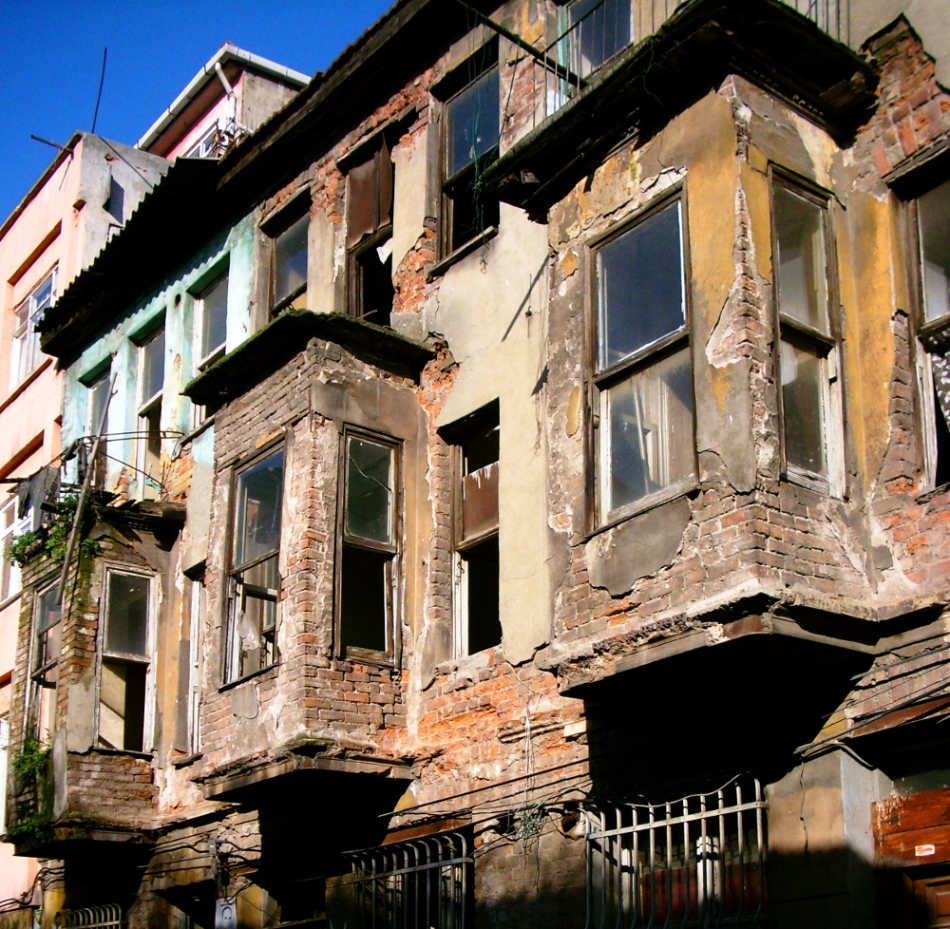 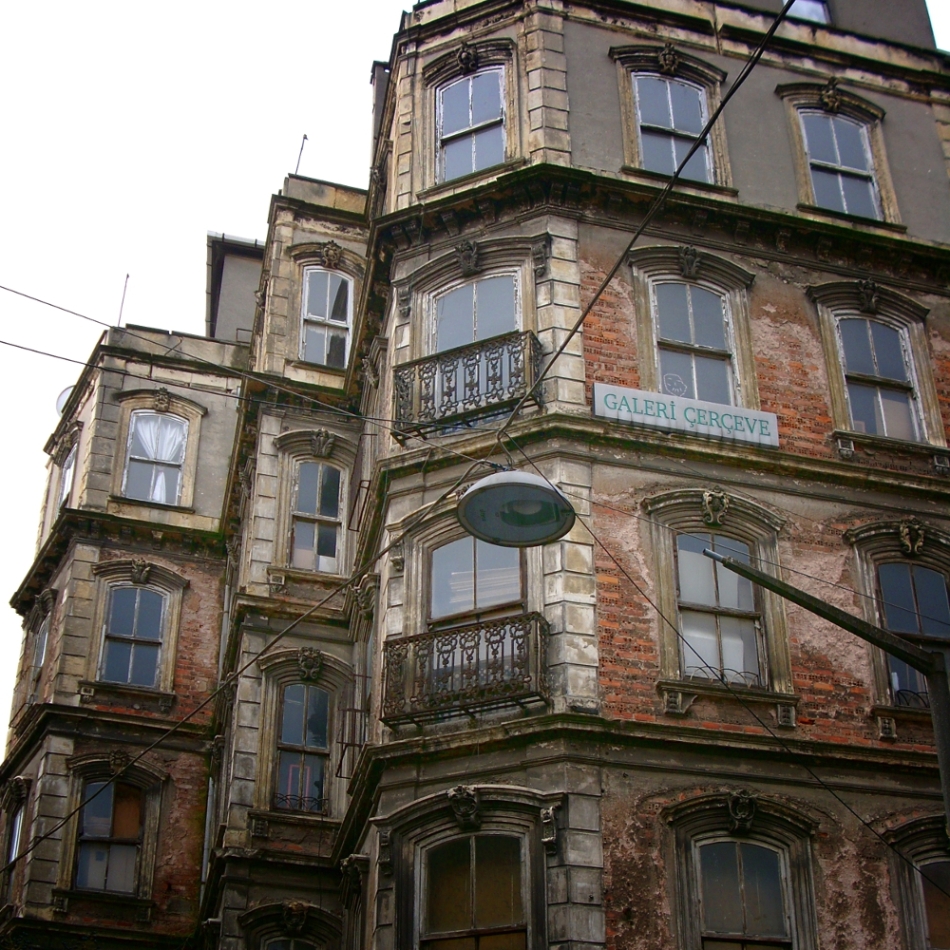 As I mentioned a few months ago, I had found a trove of pictures from a trip to Istanbul which I had thought I’d lost. The task of editing them has been sporadic, so related posts have been random and occasional. The recent lull in fresh photo trips has given me a bit of time to catch up, so hopefully I can put up a few of the better shots now. Incidentally, this was the last trip I took with my old film camera. Given digital’s instant results (at least on a small LCD screen), I don’t miss the Schrodinger’s box aspect of film photography, where you are uncertain of your results until long after taking the shot. So maybe I’m deluding myself, but I found myself really enjoying the grain in these photos. The digital counterpart to grain, noise, seldom adds anything to a shot. But I will leave it to the viewer to decide whether the pictures below have a pleasing graininess, or are just tourist-level soft-focus snapshots.

These images are all from inside the Sultan Ahmed Mosque, commonly called the Blue Mosque for the predominant color of Iznik tiles which decorate its interior. It was built in the early 17th century, partly to provide an Ottoman answer to the Hagia Sofia, a massive Byzantine church the victorious Turks converted to a mosque after capturing Istanbul (then called Constantinople, just like in the They Might Be Giants song) in 1453. 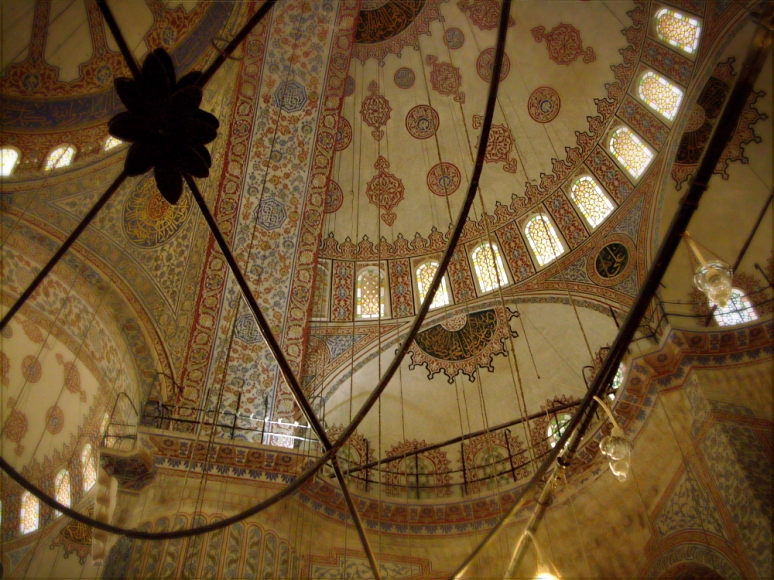