Once again, musical accompaniment may be found here.

As per custom, musical accompaniment can be found here.

I’m going to keep on this musical theme until I run out of songs to post.

Every Planet We Reach is Dead

Another audio pairing you can listen to here.

This sign was painted over twice in the past,
leaving stair-goers clueless about proper stairwell etiquette and safety.
Years of neglect and the weathering of the elements deteriorated the steps
while simultaneously revealing the ancient warning.
Everything falls into place in perfect synchronicity,
sparing one casual explorer a turbulent trip to the cellar.

The previous post got me thinking about the uniquely enjoyable challenge of pairing song lyrics with a particular image. Holly is a serious Springsteen fan and was, I’m sure, ecstatic about the prospect of throwing some of the Boss’s words into a post. The lyrics of my personal long-standing guilty pleasure, AC/DC, don’t lend themselves quite as easily to urbex pairing, consisting as they do primarily of grunted braggadocio and affirmations of sexual virility.
But, as a theme of our recent outing to a former military installation was phones, I went with Cake’s No Phone to go with an image of a derelict telephone switchboard. Feel free to enhance your viewing with the video here.

Shaking, quaking
Waking me when I’m asleep
Never lets me go too deep
Summons me with just one beep
The price we pay is steep

I’ve been on fire
Yet I still stay frozen
So deep in the night
My smooth contemplations will always be broken
My deepest concerns will stay buried and unspoken
No, I don’t have any change but here’s a few subway tokens 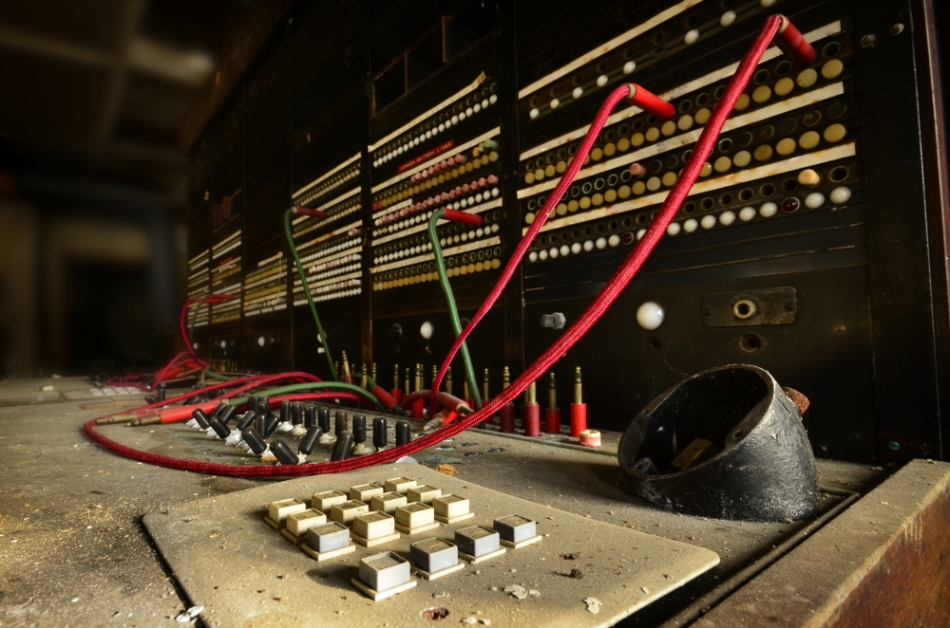 A continuation of a brief series on phones from this decommissioned military facility.

It would be nice, after as long winded post as the previous one, to get back to doing what people come here for: posting nice pictures. Of course, ‘nice’ is a subjective term, and many would disagree that there is anything ‘nice’ about a phone pulled out of the wall and left to moulder on the floor of a military installation, but we don’t worry about those people here at the Sublime League. For the rest of you, here’s a delightful picture of a phone. Phones were a major theme in the last place we visited, and this shot will surely not be the last on the subject.

There’s been a bit of collective hand-wringing recently over the legitimacy of photography as art. A recent article I read highlighted the ubiquity of the medium. In it, a recent award-winning photographer was accused of fraud. Someone had come forth with their own photograph, identical to the prize winner’s.  As it turned out, she and her accuser took pictures of the same subject (a whale, or perhaps an iceberg? I forget) at the same time, from the same vantage point (a sightseeing cruise ship). Therefore, the author suggests that photography as a whole loses credibility because how can something so widespread and accessible be, in any way, personal and artistic? Most arguments in this camp follow along similar lines, questioning the merit of an art form that is accessible to anyone with a smartphone (to say nothing of the dreaded Instagram). The article also takes as a given that these two photographer on their Arctic (North Atlantic?  Antarctic? Fuck, who’s got time for fact-checking? Suffice it to say it was some salty body of water) cruise had to take the same photograph. The conclusion is that modern photography is a homogeneous blur of oft-repeated Instagram filters.
The issue with this argument is that it equates a broadening and deepening of an art form’s reach in society with a degradation of the form’s best practitioners. An analogy can be drawn between photography and food culture: the average person in the U.S. in, say, 1965 had not tried Thai, Japanese, or Indian cuisines, nor was that person likely to know what to do with lemongrass, paprika, quinoa or half of the items found in an average Whole Foods. It is taken for granted that the same average person today has a much broader and richer palate. Noone argues that food culture sucks because every little town has some sort of pan-Asian restaurant (though some incarnations might be best avoided) or an attempt at a locovore/awareness-raising/cruelty-free restaurant. Good, varied, and better produced food is more common now, regardless of how many people choose to drink Coor’s Light as their preferred beer.
Photography’s explosion in popularity can be looked at similarly. People are taking more and better pictures than ever before. A digital camera, even an iPhone, makes photography essentially free after the initial purchase of the camera, and the technology in those devices are enabling even the biggest noobs to take a decent picture. The cookie cutter presets on Instagram may be a bit tedious, but they’ve gotten a broad segment of the public at least thinking about and appreciating basic image editing. And just because a lot of the images out there are selfies, blurry party pictures, and food shots on Brannan filter, doesn’t mean that there isn’t great photography out there as well.
But here we come to the thorny subject. Most photography isn’t art. Nor is it trying to be. It has a documentary, journalistic or social purpose, but usually little artistic value. This is confusing, because we mostly don’t write concertos about our food or tell of our exploits in the club through Kabuki acting. Any attempts at those things would be seen as an artistic venture, however daft. But unlike music or esoteric Japanese theater forms, photography is a tool as well as an art form, and it is misleading to confuse the two (sometimes overlapping) uses.
While photography isn’t always an art, it allows as much personal expression as any other medium when it is. A photographer faces many choices in settings and equipment before a shot is even taken, and a dazzling array opens up to her after. A single image can take on many different emotional hues depending on how it’s edited. And while it may happen that two capable photographers turn up near-identical versions of the same subject, as in the above case of our two whale (or iceberg?) loving sightseers, that should be seen as a dull coincidence rather than any sort of comment on photography. This medium, more than any other, is judged on the sum of an artist’s work. A single shot may be beautiful, but what is he after in all his photos? What themes come through after dozens or hundreds finished images? Anyone with a camera can luck into a fantastic shot in the right circumstances, but the artist will have many fine shots, all indelibly “his” in that they speak in his voice.
All of this is really tiresome, anyway, and much in the way of arguing about how many angels can dance on the head of a pin. If art can bring joy to its creator it has achieved its highest aim, recognition by others being merely a pleasant, resonant afterglow. Philosophizing about the nature of art is fun, but it’s the making of it that matters. I guess that means it’s time to shut up and post a picture. 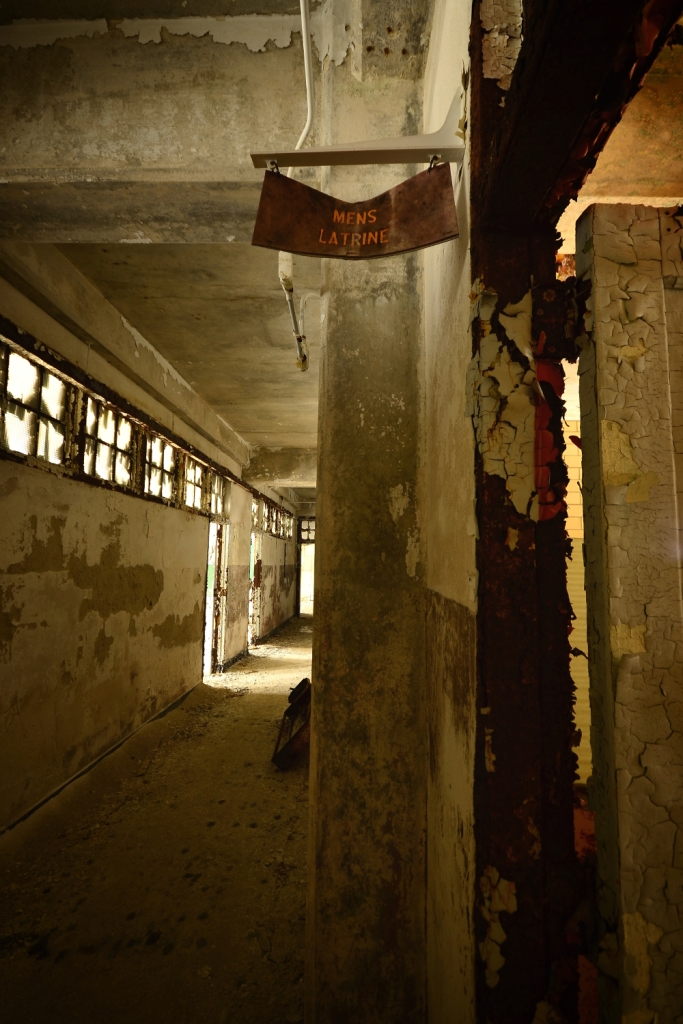