Uncooperative Birds- Part the Next

So I think that I may have come to terms with the fact the I might indeed be a photographer of grackles, when it comes to the bird world.  Yet I still wanted to catch a picture of a goldfinch and thus spent yet another hour or so wandering around Montrose Bird Sanctuary attempting to follow the Song of the Finch.

Oh yes, that is right, I could hear at least two Goldfinch singing, but couldn’t spot the little buggers to save my life.  After getting an awesome shot of a male cardinal with his face totally obscured by a tree branch I started feeling a little desperate.  I changed locations and parked my self in the shade of a little copse near an open field and decided that what ever may come, I WILL photograph it.

Then my favorite bird, a red winged black bird, showed up.  Glee!

You know he wasn’t going to make it easy on me though. 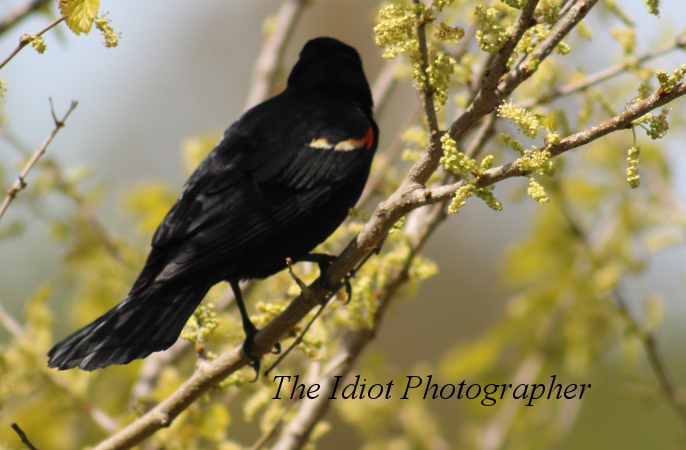 Oh yeah, that is right!  Keep that head turned away from my camera.  Work it birdie!

Yes, full all out mating display, while hiding behind a branch!  This little guy really knows how to make a photographer cry.

Bird, now you’re just being coy and messing with my head, aren’t you?  GAH!  But at least he is showing off his pretty red epaulets for me.  Actually, I kind of like this shot, it is like he has a secret and is gloating over it (though really he just has an itch).

Finally he turned to face me!

Just as the light shifted of course.  AHhhHhHHHhhhhHHHH!!!!!!!  BIRDS!

You may wonder what the effect on my poor, already broken psyche all this being mocked by animals who have no comprehension that they are mocking me may be having.  I want to do it again.  This time, I want to go and catch the sun rise with the little beasties. 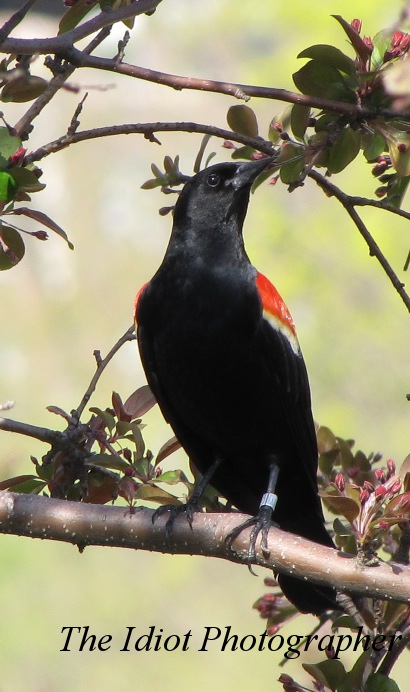 If you wondered what the most common bird in the United States was, here he is, the Red Winged Black Bird.  Handsome fellow, isn’t he?