While on vacation I took a few bracketed shots to convert to HDR, then sort of forgot about them.  Now that I’ve finally gotten an HDR program and have processed them, I’m kicking myself for not taking more.

I give you Bryce Canyon: 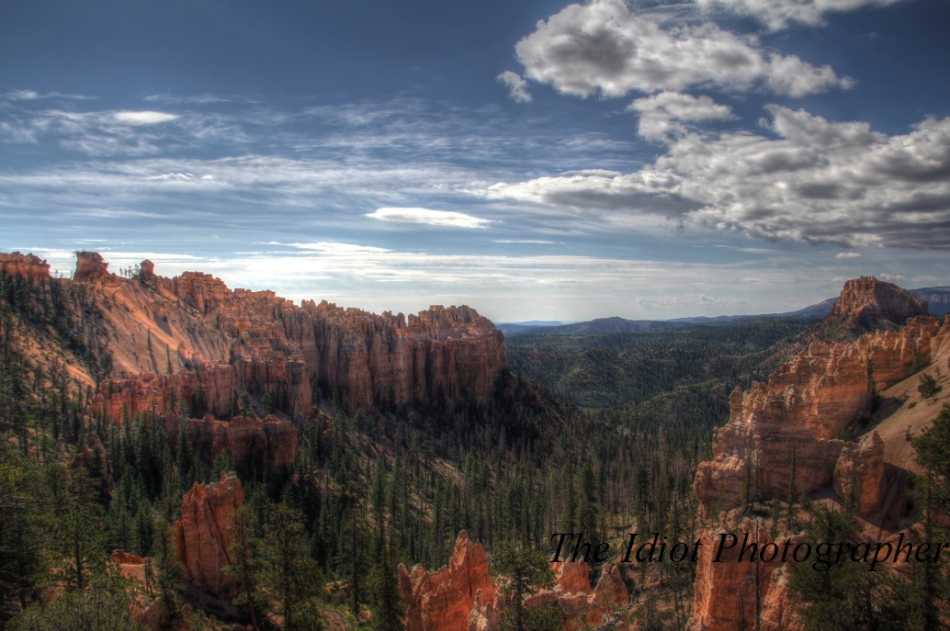 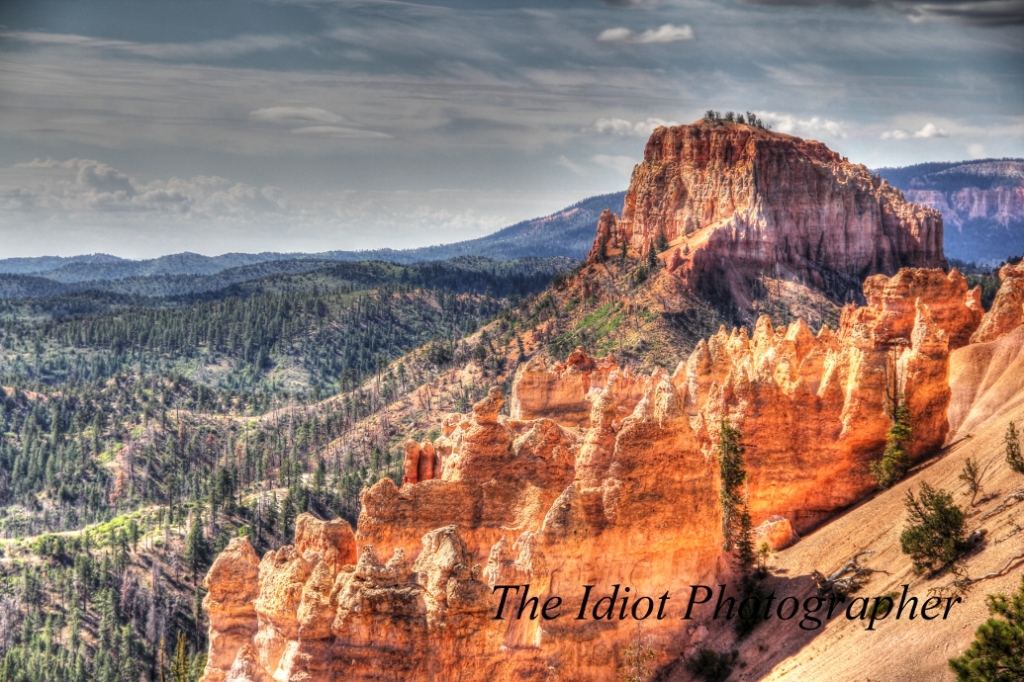 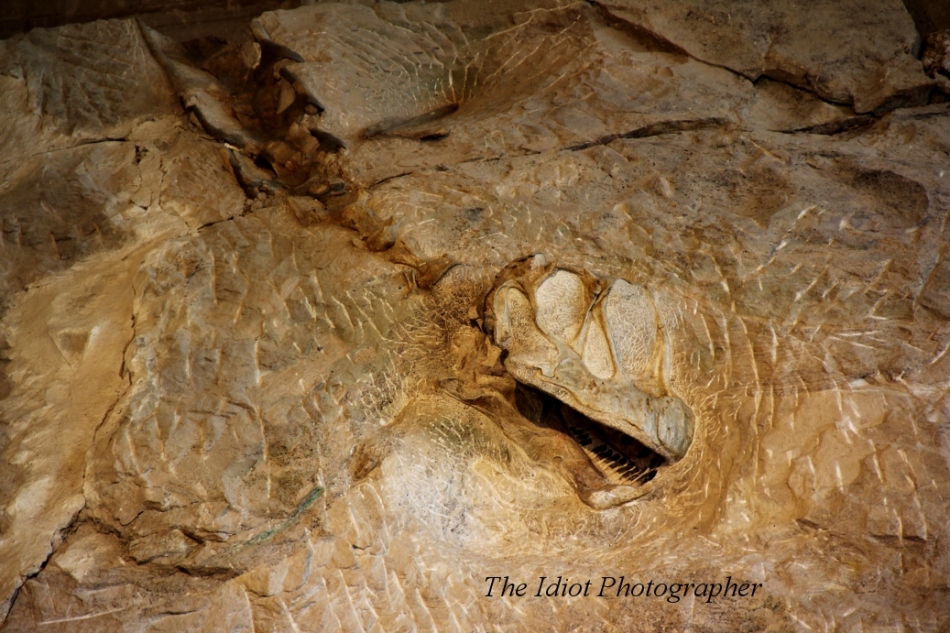 On our way home we decided to stop by Dinosaur National Park since I had not been there in almost 30 years.  I could hardly remember the place to be honest, other than “Dinosaurs!”.   Inside a building there is a giant wall of fossils, left embedded in the rock for all to see and appreciate.  Here we see a Camarasaurus  skull and neck vertebrae frozen in time.  It is a humbling and awe inspiring place to stand, in the grave site of creatures that existed millions of years before humans did, yet we can still touch their bones and learn about the world they lived in.

Now it is time to head back to Chicago, I’ve done several photo trips since my Utah vacation and the urban exploring photos are piling up, waiting to be posted.  Not to say I couldn’t find a location or two to poke my nose into while in Utah, that is.

In Zion National Park I took a moment to deviate from one of the paths at a bridge and follow a set of steps down to the creek.  There wasn’t an actual path at the creek, I think the steps were there so you could cross it on some stepping stones as there were another set of steps on the other side, but I took several minutes to explore up and down the creek bed to see what I could.

Dragonflies, a profusion of dragonflies!  And not a picture to show of them!  There were little darting red ones, giant orange dreadnaughts, elegant bright blue and ominous iridescent black.  The creek itself was full of little fish and despite the speed of the water there were even Water Striders.  I found myself wishing desperately I had a better macro lens, but I am ok with the simple memory even if I can’t share the photo.

As I worked my way upstream (and seriously pissed off a ground squirrel by standing right in front of it’s bolt-hole)  on a tumble of fallen tree I saw a flicker of movement.  It was too small to be another ground squirrel, too big to be a bug.  I crept closer and was treated to this sight. 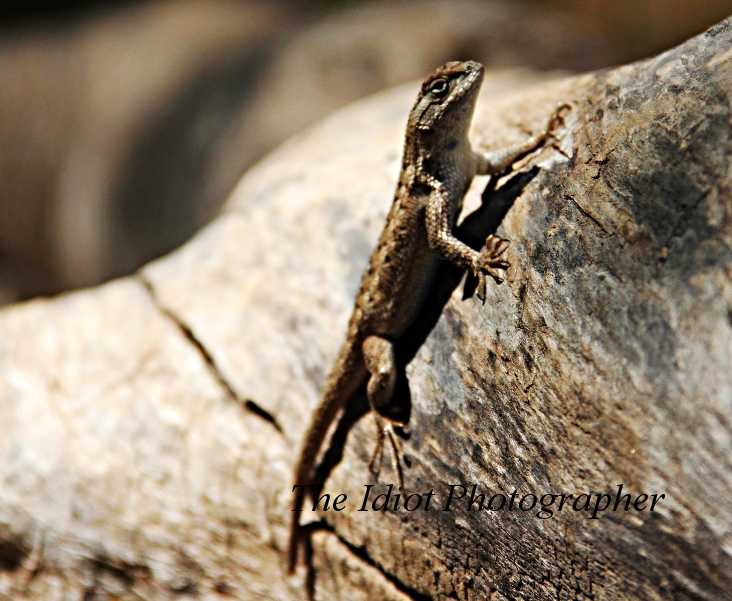 Talk about adorable!  I spent a good 15 or 20 minutes watching him sun himself and catch a few bugs while trying to take a good picture of him.  I was careful to stay back enough to not disturb him too much though.  Back at the visitor center a ranger helped me identify him a splotch sided lizard, but  he mentioned that they are also known locally as “fence post lizards” which I think is some what more pleasant name.

Just look at that little face, I want to hug him! 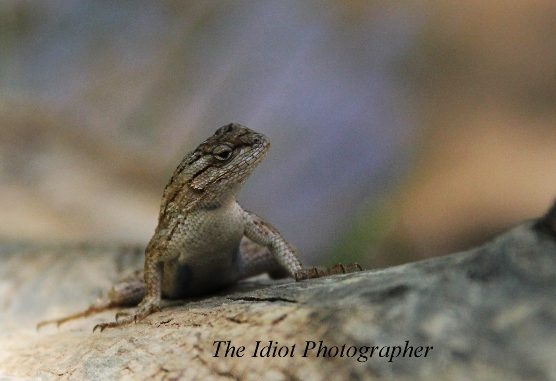 Wherever I go I try to take wildlife photos, this trip was marked by the lack of wildlife photos.  In no small part this was due to not hitting too many hiking trails since my father is unable to climb up and down hills and canyons like he used to, and many of my pictures are roadside shots.  One notable exception was the begging ravens at Bryce Canyon, who stopped begging and started grooming since we were not feeding them.

Such a handsome bird. 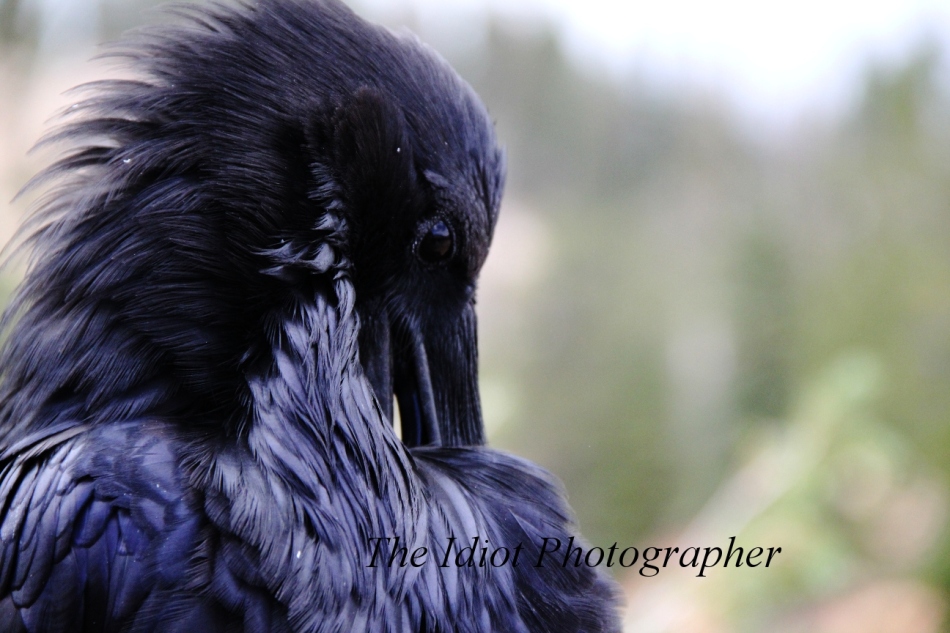 As it turns out, while ravens are rather common all throughout the west these were the only two who I was able to take a decent photo of.  Most the ravens we encountered looked to steal from you, rather than asking for handouts.

They were not the only beasts we had the pleasure of observing, pronghorn were pretty much everywhere, but as usual I failed to take a decent photo of one.  Mule deer were also bountiful and I managed a halfway decent photo of one rather less than robust individual. 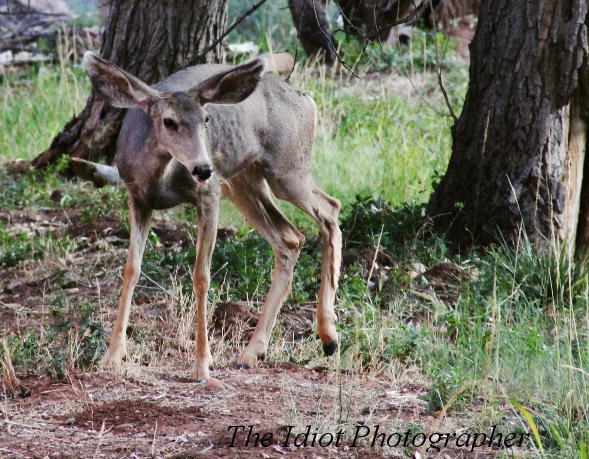 On the way out of Zion National Park we were treated to the sight of desert big horn sheep.  Smaller in stature and horn than their mountain cousins seen here they are an endangered species who brought traffic to a virtual stand still early one morning by standing on steep slope and looking all dramatic. 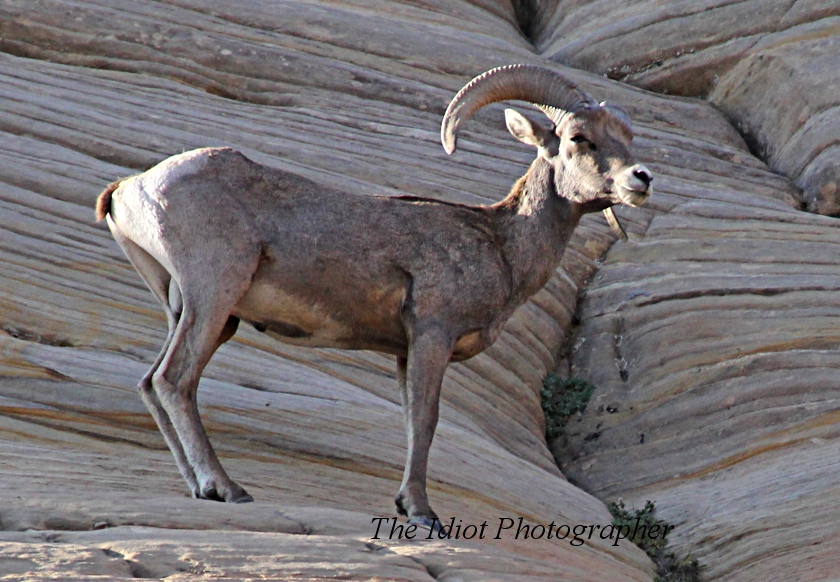 On the way home we passed through Rocky Mountain National Park, right at the start of rut season for the elk.  All the big bull elk declined to bring the ladies up where we could see them clearly, and the rangers were keeping people safe by not allowing them out into the fields to harass/be mauled or killed by the elk.  Luckily this little fella wandered up and gave us his best side. 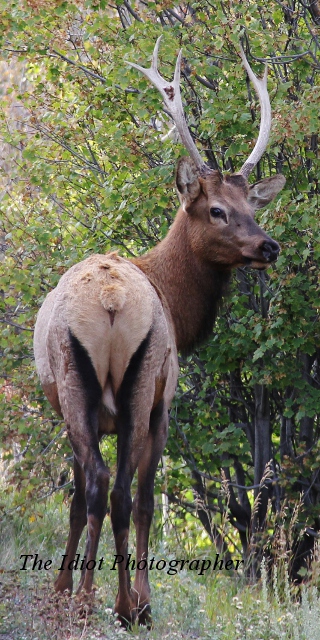 He did give us a bambi pose too, the show off. 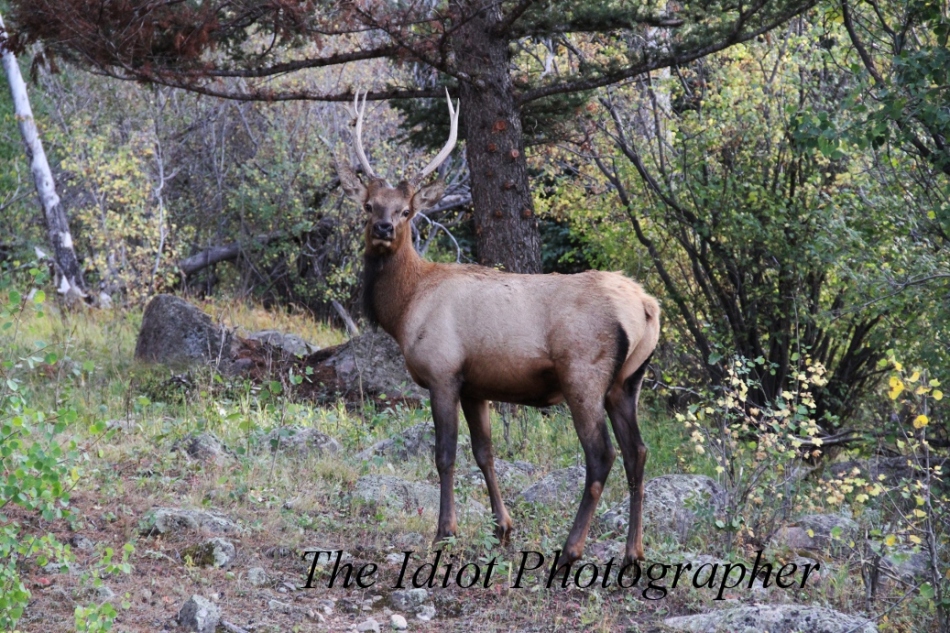 Welcome to Cedar Breaks, the highest national monument in the United States.  The wind was strong and cold and my fear of heights challenged by a total lack of safety rails (which is a bit of theme in the Utah Parks) but I still managed to get a couple of photos. 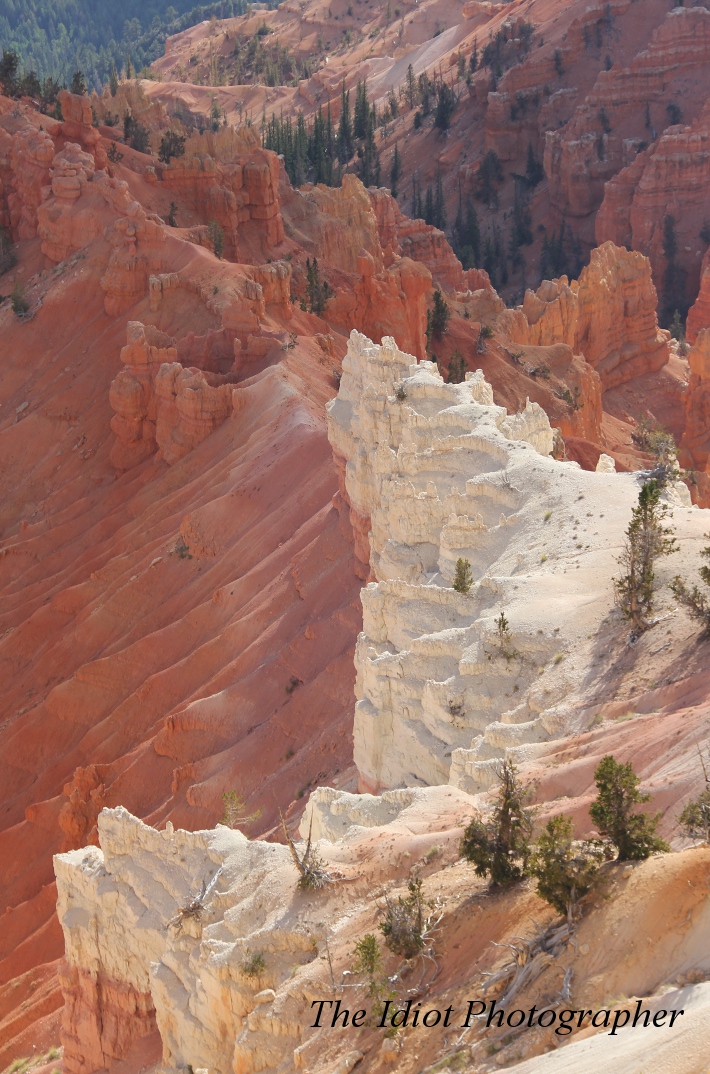 Of course, I simply must share a dead tree with you all, being that I haven’t posted one in a bit. 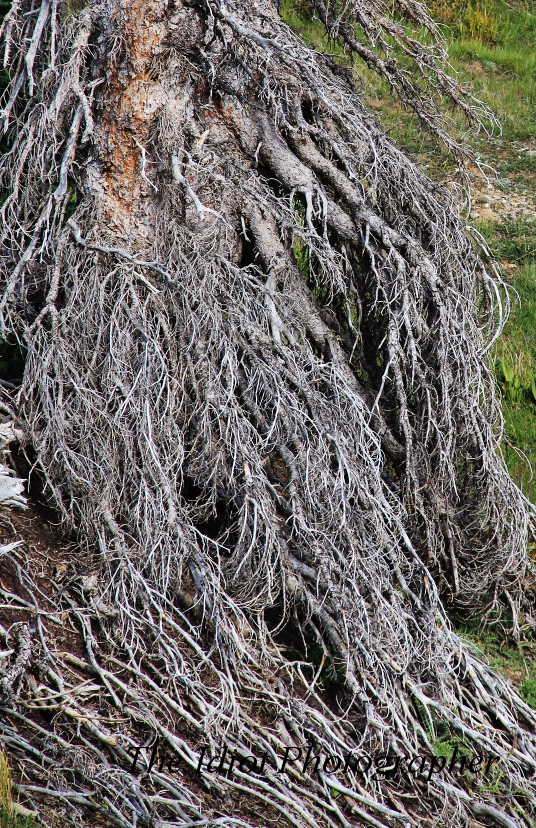 I was planning on doing some long series of Utah, being that I hadn’t been very active with the camera all summer and I was in a bit of a funk.  Yet all the sudden I find myself going out on a regular basis and I now have an actual backlog of photos requiring editing as well an interest in trying out HDR.  So what is a girl to do?  There will be more Riverdale photos, and today’s adventure yielded a veritable treasure trove of photos, not to mention I haven’t even touched the pictures I took 2 weeks ago on a night trip through the south side of Chicago.

Today though, we’re heading back to the red rocks and green hills of Utah. 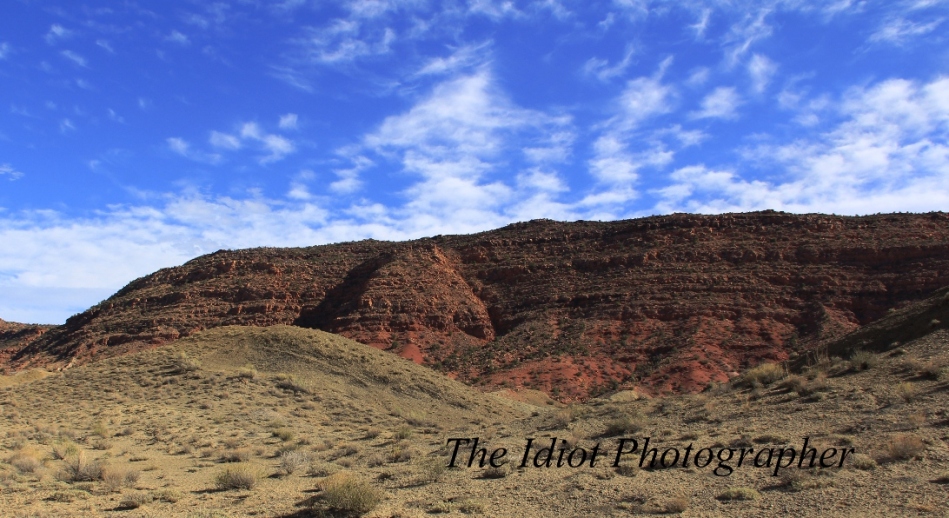 I really cannot get enough of the Bryce Canyon hoodoos, they are just mind blowing. 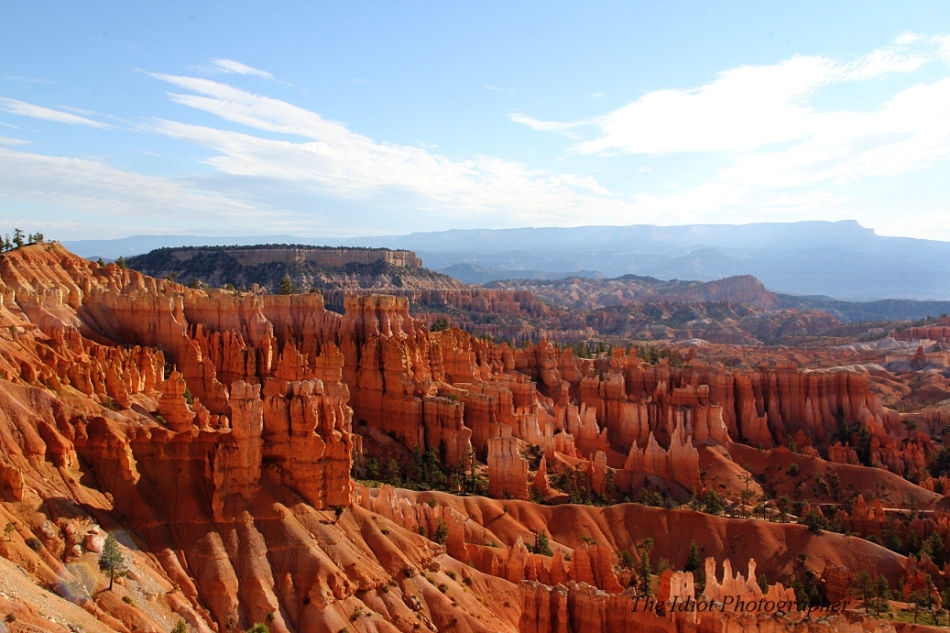 Still, just outside of Canyonlands you’ll find the most amazing green rocks calling out from the hillsides.

Red is still the predominant color of Utah; time, wind and rain have sculpted it into some pretty fascinating formations. 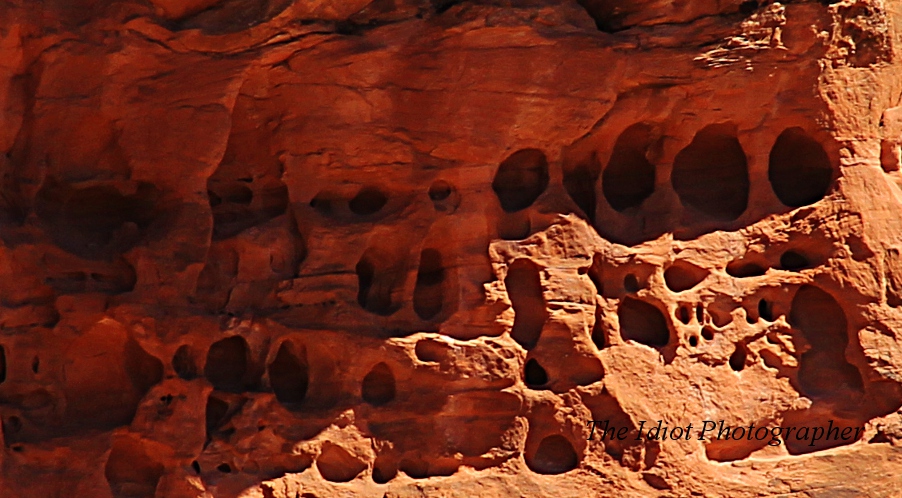 So since I am suddenly back into a photo editing mood I figured it was time to tackle those Utah pictures I had promised.  Thus I give you Bryce Canyon! 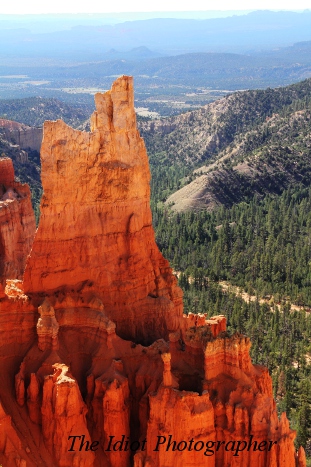 I don’t know what it is about the sandstone at Bryce that makes it just glow, more so than other place I saw in Utah, but glow it does. 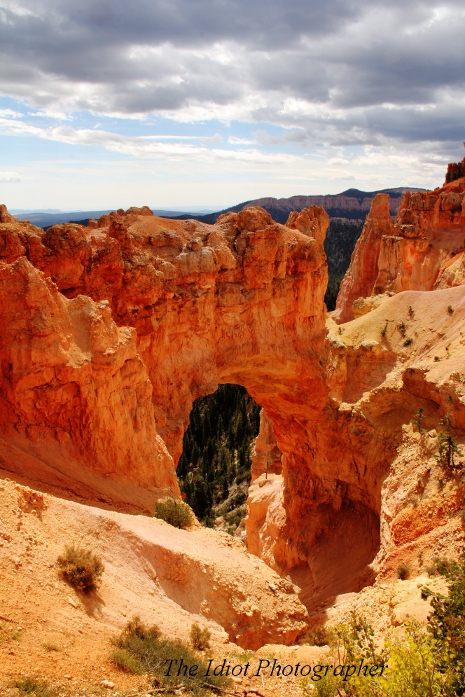 I had a good deal of fun at Natural Bridge watching a little family of ground squirrels moseying about their business on the ledges.  One day I shall have a lens powerful enough to document an event that tiny and far away.  Oh yes, one day!

In geological terms, the sandstone arches of Arches National Park are passing fancies.  But from my mayfly like view, they are old and will be there to amaze and awe people for a very long time.

We dropped by the pride and joy of Arches, and the state of Utah; Delicate Arch 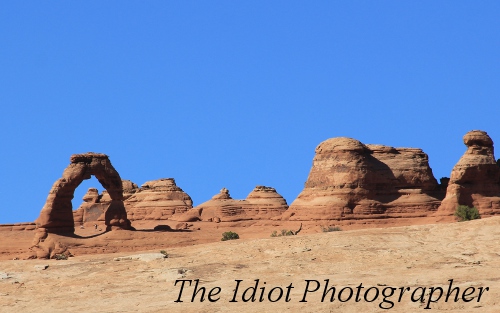 The hike to Delicate Arch is not terribly long, but has an elevation change of about 600 feet.  About 6 times.  My father’s hip was not up to the trek so we dropped by for the distance view and then went off for some more off road adventuring.

I couldn’t take Chicago any longer, so I ran away for a bit.  To Utah.  It was lovely.

Crossing the mountains in Colorado we were greeted by this sight: 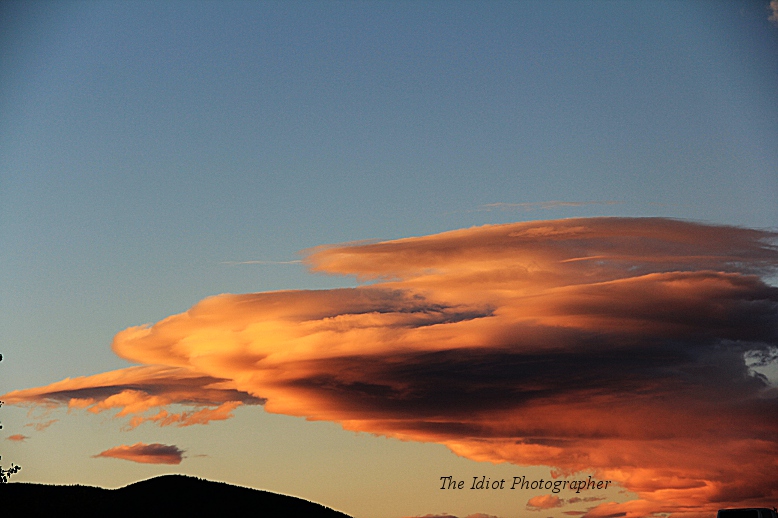 Once out of the mountains most of what we saw was scrubland, and hills.  There is something serene and beautiful about the open empty places that helps heal the wounds city living has inflicted upon me.

Our first stop was in Moab for Arches and Canyonlands national parks.  While the arches in Arches are magnificent, the general landscape was breathtaking and mesmerizing. 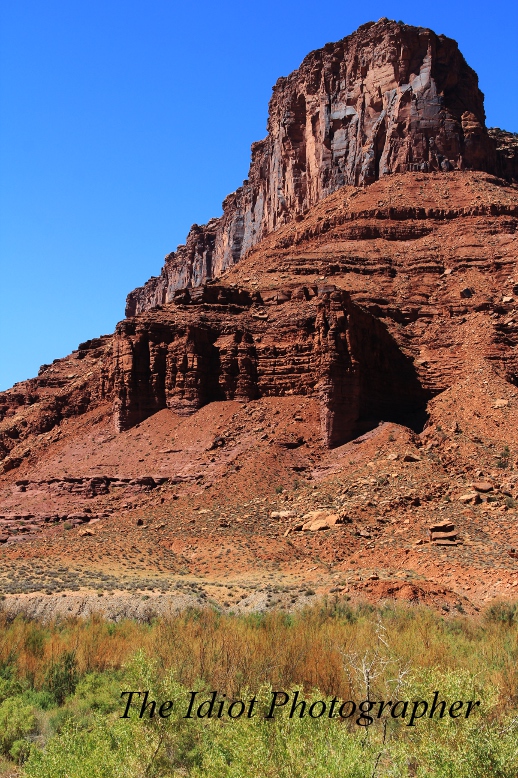 OK, I’ll be honest, I didn’t take many photos of the arches themselves, I’ll post the few I did take in the next post.  I was more fascinated by the contrast of the green soil and red rocks to be honest. 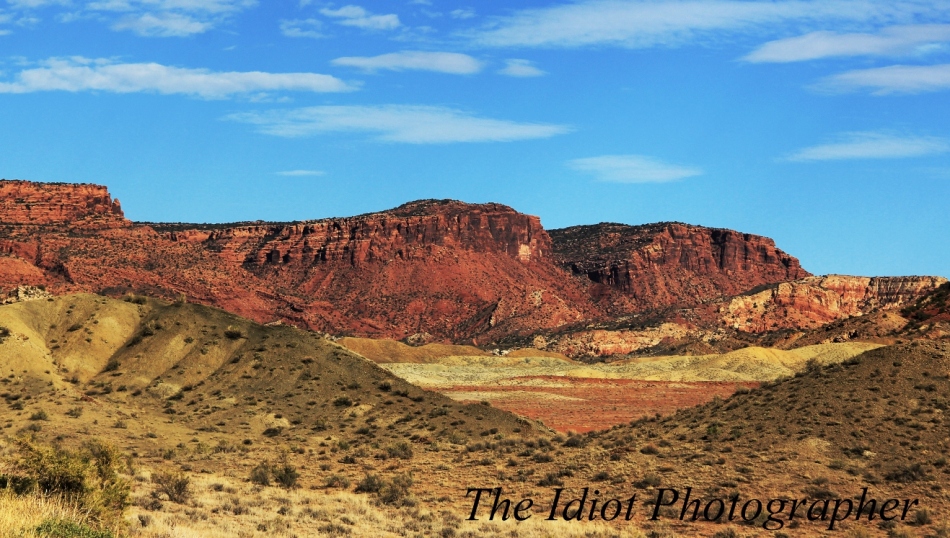 The red of the sandstone comes from trace iron oxide (rust) where the greenish tint to certain layers of stone is from uranium.  I kid you not, this is what a park Ranger told me.

Oh, and the dead trees, hopefully by now everyone realizes that I love dead trees, and in the desert they don’t rot away, they stand mummified by the arid heat until wind or fire carries them away. 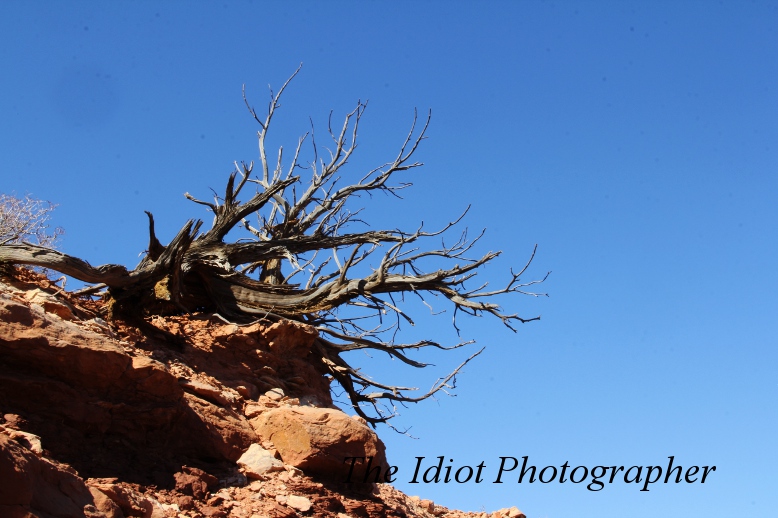