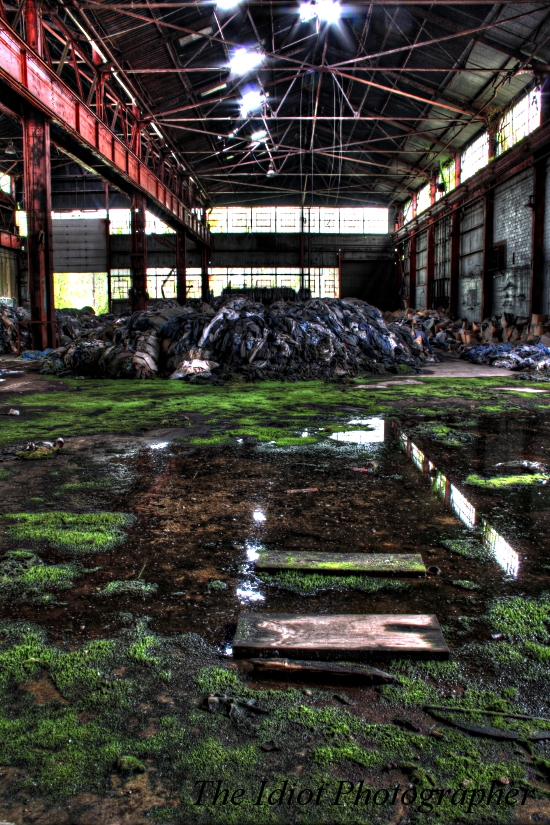 Water proof foot wear is a must in this hobby.  I shudder to think of what microbial horrors are breeding in the pools of standing water scattered through out this location and I’m not even going to consider the boon to the local mosquito population.  I don’t mind splashing through a mossy little puddle but there were some places I just did not go because I was unwilling to risk even the tiniest bit of exposure to stagnant water.

Mind you, I had to push through some serious greenery to get to this view and risk picking up a tick or two (which I didn’t, thankfully)  but there was no way I was going to go wading through here to get to the room on the other side.  I went all the way around the building, and this is the only way to get into that room.  I’m going to take the sour grapes view and assume that is in not an interesting room at all.

Last time we were here I contemplated photographing this entry, but felt rather uninspired by it.  This time around the light quality was just right and I saw that magical something which transformed a flooded room into a flooded cave of mystery.  I went ahead and bracketed the shot and when I got home thought the image so uninteresting I didn’t even bother to run it through the post processing.  Then a few days I later I was processing the second batch of photos and decided to give it a chance.  Were it not for the happenstance of the HDR presets being set for a more interpretative form of HDR than I usually use I probably would have tossed the photo but when I saw this I was charmed all over again.   Normally I aim for more realism, but it was not called for here.

You ever have one of those moments where you are conflicted as to what aspect of the photo should be highlighted?  Should I focus on the red leaves, or the magnificent waterfall?  How can I frame the waterfall with the tree?  Can I frame the tree with the waterfall?  Arggghhhhhhhhhhh!!!!!  I think my brain imploded from the wonder of it when I took this shot.  Thankfully the rest of waterfall photos for the day came out a little better. 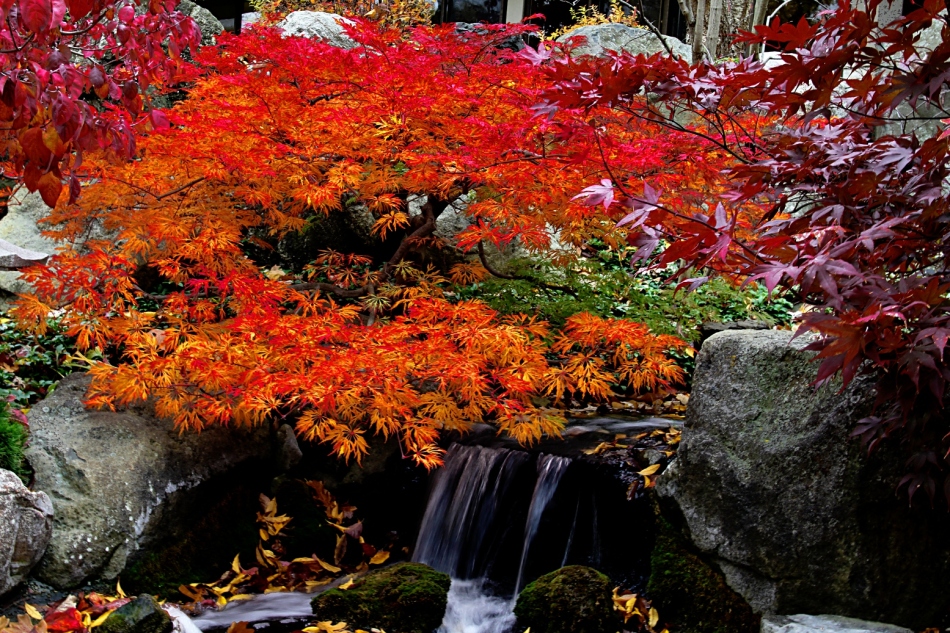 We didn’t even make it to the visitor center before we were stopped in our tracks by this little waterfall and the stunning little tree sheltering it.

So vibrant, but peaceful.  Further into the garden is a much larger waterfall which manages to be both overwhelming and soothing at the same time. 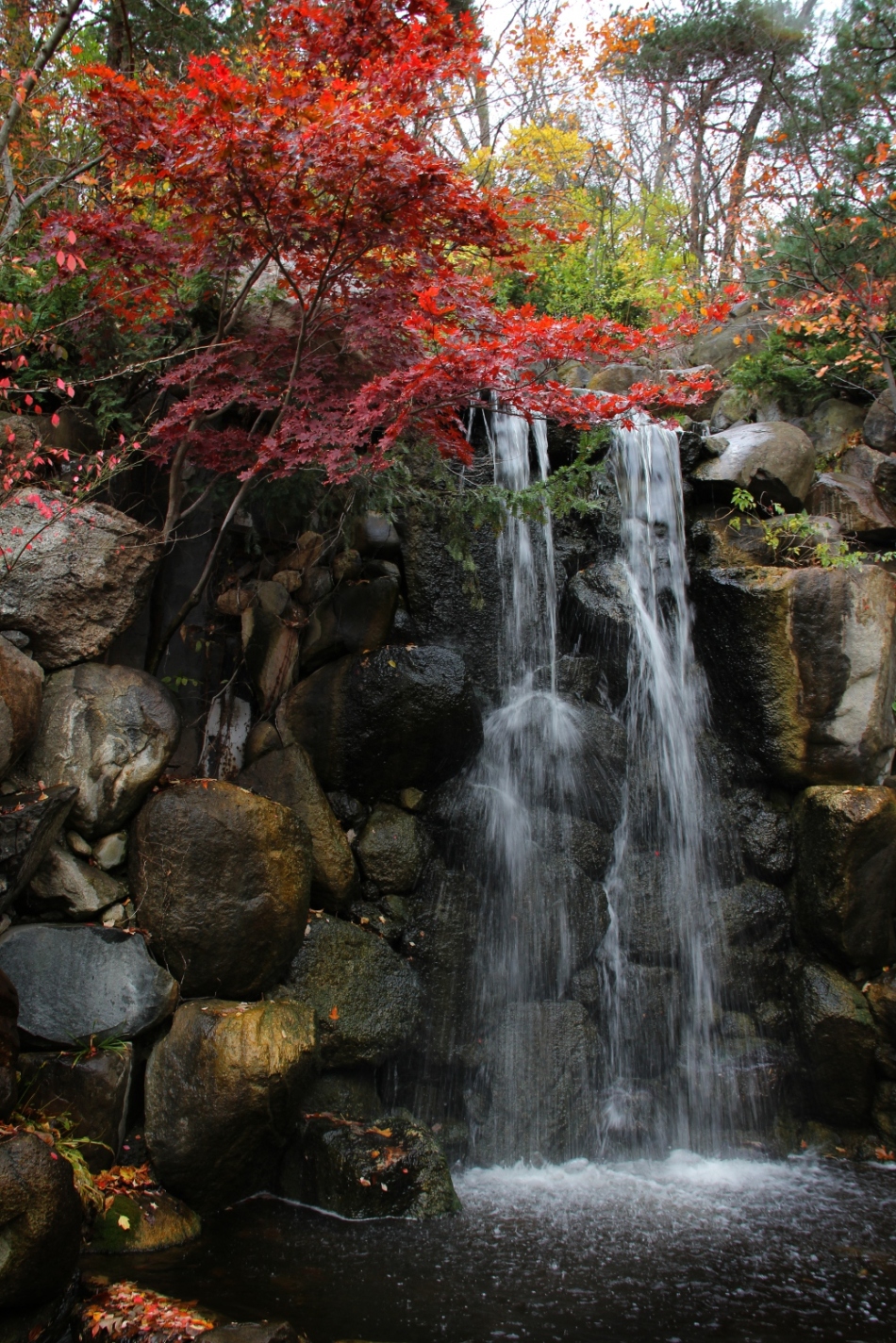 This was the only time I really wished they allowed tripods in the garden, I had to hold my breath to take this photo.

Then there was this moment, imperfectly captured.