It would seem as though a bit of snow has fallen over the Canadian prairies.

Cars In A Slough

There is an abandoned farm down the road from my cousin’s farm.  From the road, in a regular car, you can’t see these in the slough, but one day I was in my cousin’s grain truck…and there they were!  I trekked out, and here they were, better than expected.

Does The Moss Come Standard? 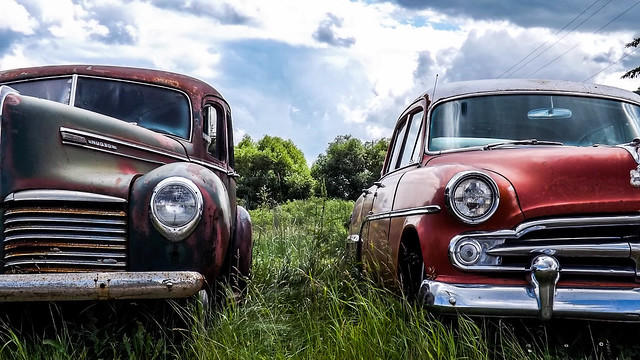